Excessive iron and manganese can leave behind a residue, which can then build up and cause clogging. Without the right water treatment, iron can lead to a metallic taste in food and drink. By oxidizing the iron and manganese to convert it from a ferrous (dissolved or soluble) to a ferric or undissolved state, iron can be filtered out. 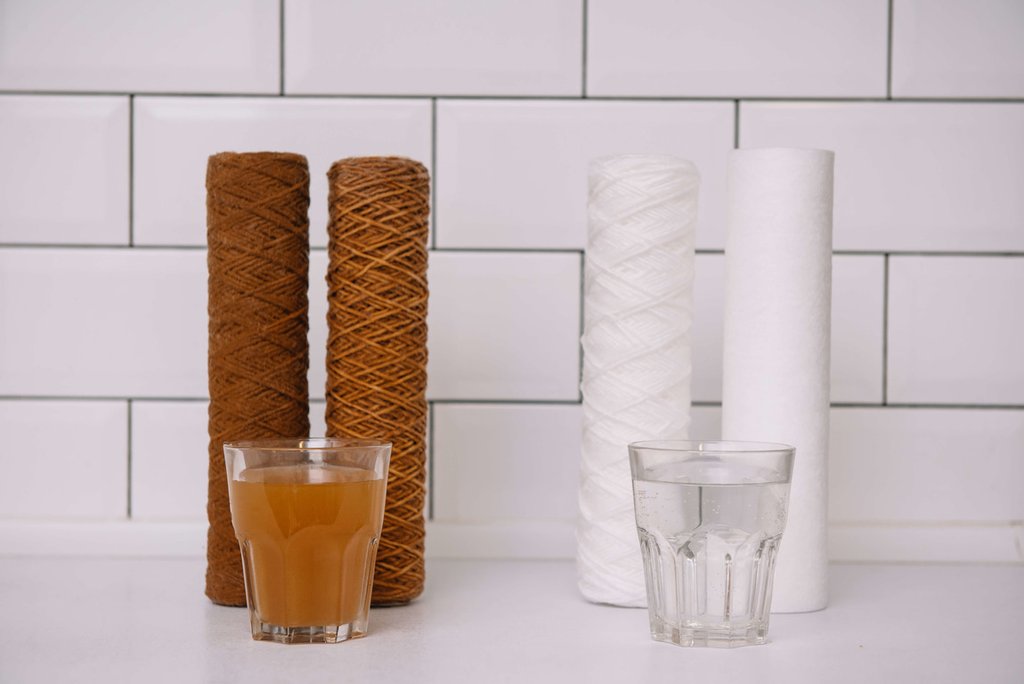 Problems with Iron in Water?

High iron is detectable from the red and black stains the material often leaves behind. Most often we see the iron build up on toilets, showers, and sometimes in our clothes. Iron and manganese are most common in private water sources or wells. The risk of finding high iron in water is that arsenic and hydrogen sulfide are often present as well. The matter can all be removed in the process of removing the iron.

How Does Iron Get in My Water?

As the water flows through soil, rocks, or an aquifer, it picks up iron that is dissolved in the atmosphere around. Manganese, a less commonly found element, is found in the same places as iron. Iron can be found in many forms, but the two classifications are soluble or ferrous iron and insoluble or ferric iron. Ferrous iron reacts oxygen in the air and oxidizes after a while of sitting. The reaction will let reddish/brown flakes or fragments settle at the bottom of your cup of water. Ferric iron will appear in water by tinting the water a reddish/yellow and having a foul taste to it.

Are Iron and Manganese in Water Dangerous?